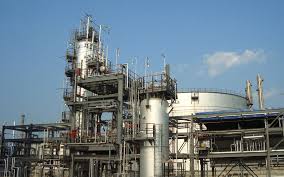 The incident, which was contained in less than two hours was caused by a spark while a 33,000 litre truck was discharging naphtha into a tank at the PHRC.

The management of the refinery led by the Managing Director, who was at the scene supervising the operation, immediately mobilized the safety structure at the PHRC and with support from the Federal Fire service, successfully brought the fire under control.

The management of the PHRC wishes to reassure Nigerians resident in the neighbourhood of the facility that they have no cause to worry about the incident; and to also affirm that the safety of life and of property is at the top of its priority list.

The incident affected only the discharging truck and the pump bay. No other property was damaged.

The management and staff of the PHRC hereby extends its profound appreciations to all those that contributed in bringing a speedy end to the incidence; while wishing all Nigerians a very happy and fulfilling New Year 2022.

The Coca Cola company and its partner, Medshare, in collaboration with Federal Government, on Friday donated equipment worth N3 billion to Aminu Kano Teaching Hospital, Kano under the Safe Birth Initiative (SBI).

The equipment and supplies were formally unveiled and handed over at a special event held at the Hospital in Kano.

At the handover ceremony, the Managing Director of Coca-Cola Nigeria Limited, Alfred Olajide, said the initiative was aimed at improving maternal outcomes and reducing child mortality incidents and to support government initiative in reducing child and maternal mortality.

“The Safe Birth Initiative is a part of the company’s wellbeing Programme, to support the efforts of the government in reducing the alarming numbers of women and newborns who die from birth-related issues,” he explained.

Olajide restated Coca Cola’s commitment to upholding the health and well-being of women as pillars of the society.

Nwamaka Onyemelukwe, Director Public Affairs and Sustainability, said that through the SBI, the company wanted to support the untiring efforts of hard-working doctors, midwives and nurses.

She said the health workers battled against great odds in public hospitals to manage life-threatening complications affecting mothers and the newborn.
”The issue of maternal mortality is very important to us. Globally, Coca-Cola has a commitment to women whom we consider pillars of the society and also pillars of our business in Africa, where they have always played a dominant role in our vast distribution and retail network,” she said. 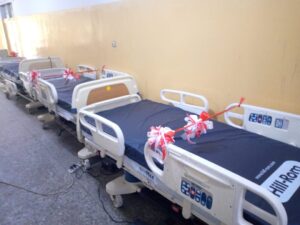 Onyemelukwe added that company, with it’s partner had trained over 20,000 women and youths across the state on series of transformative skills and knowledge programmes.

The company also presented certificates to biomedical engineers trained by the company in collaboration with Medshare International USA.

Prof. Auwal Gajida, the Chairman Medical Advisory Council of the hospital, who pledged judicious use of the items, commended the company for the gesture.
He said that the gesture would go a long way in improving maternal outcomes and reducing child mortality incidents.

“I commend and thank the management of Coca-Cola Nigeria Limited for these very wonderful initiative aimed at strengthening our capacity to address the issue of maternal and newborn mortality in Nigeria.
“We are here today, receiving loads of medical equipment worth $720,000,” Gajida added.

Alhaji Ado Kurawa, District Head of Tarauni who represented the Emir of Kano, commended the companies for their efforts in reducing child mortality incidents.

He urged other companies and corporate organizations to emulate coca-cola 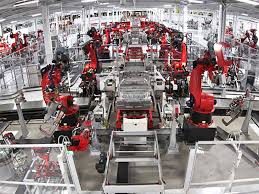 About one hundred industries have been shut down in Kano due to power outage in the past three month in Kano.

Kano is the industrial hub of Northern Nigeria since and before independence.

In an exclusive interview with President manufacturers association of Nigeria Kano Jigawa jurisdiction Sani Hussein said the closure of about 100 industries in three months was due to lack of power and rising cost of diesel.

On Job loss he told our correspondent that about 2000 personnel have lost their jobs due to the closure.

He said only industries that are producing essential commodities are up to the task and even some of them are operating at half capacity.

He said those that stop operating are always at loss because with the power outage and high cost of diesel even if they produce due to poverty there is no purchasing power among the teeming populace.

Sani Hussein further urge the government to make gas cheaper and invest in its production so that the industries in the North can survive like their southern counterparts. 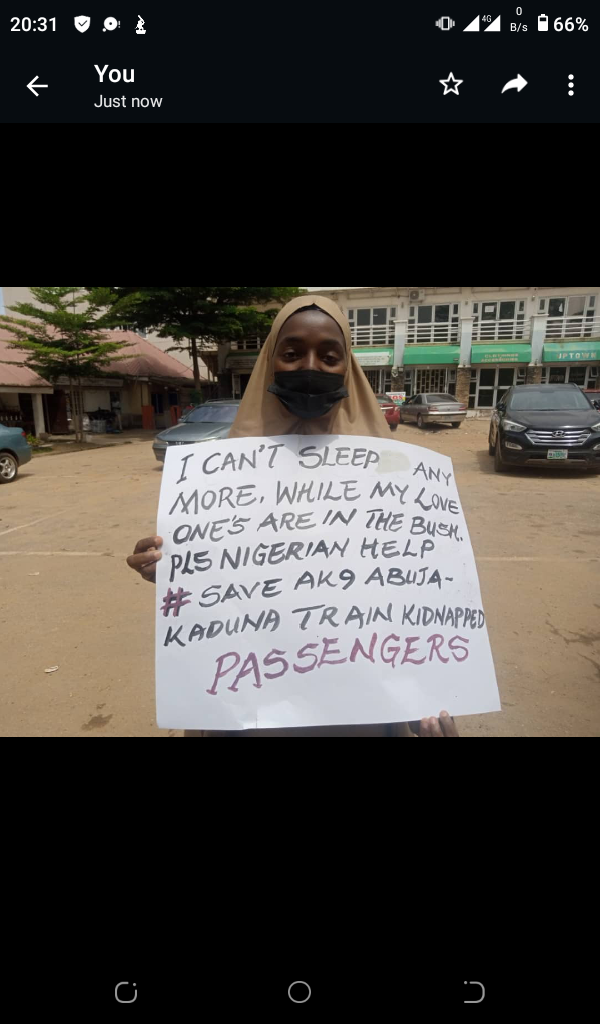 A married woman who was among the recently released victims of the Kaduna Abuja train that spent over 70 days in captivity has commenced one -man protest with the aims of calling on government toward dedicating more commitment in releasing the rest of the 50 abducted passengers that are still in captivity at Nigeria Union of Journalists (N U J )Secretariat in Kaduna.

Bauchi NUJ Frowns Molestation of Journalists by Security Personnel
The woman (maimuna)real name withheld says her husband is still in captivity for over 89 days in kaduna forest with the terrorists.

She said, She was among the recently released 10 victims of the kaduna Abuja train in the state.

According to her, there is need for government to intensify efforts towards dialogue with the terrorists and find ways of releasing the remaining 50 passengers that are still in captivity.

Maimuna says there are still children and old women and other people that are still in their Captivity facing persecution, challenges which include ecological conditions, cold, rain, and other dangerous .

She then urged government and other stake holders to help release the rest of the abductees.