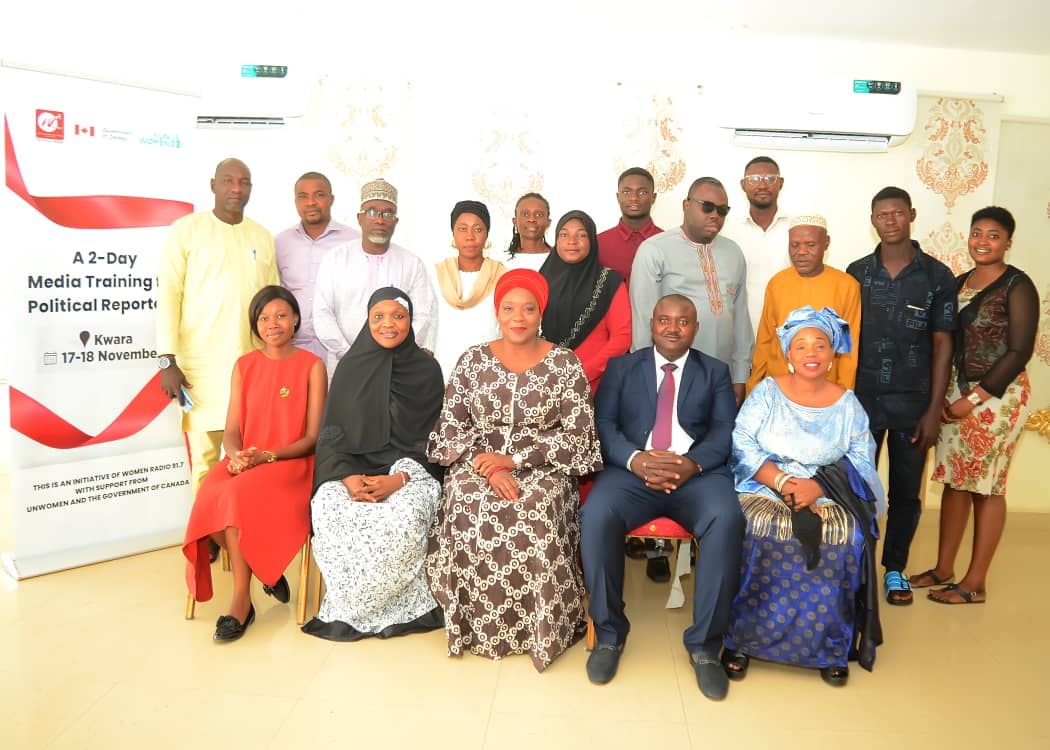 Adequate and accurate publicity for women has been advocated for, even at the instance of gender discrimination, religious bigotry, cultural and traditional factors among other factors militating against them in the society.

This was the submision at a two day media training for political reporters organized by the Women Radio with support from United Nations Women and the Government of Canada held in Ilorin, the Kwara State capital on Thursday.

According to the CEO Women Radio, Toun Okewale Sonaiya, female politicians and leaders are not given the adequate media coverage as their male counterparts.

Okewale Sonaiya who spoke on “The 50:50 Strategy: An Inclusive, Responsive and Balanced Reporting ” highlighted the importance of fair and balanced reportage of women in politics especially as we draw nearer to the 2023 elections.

She said: “the media remains a powerful tool in shaping public perception and has a bigger role in emphasising gender-based political issues and as such participation of women in politics through the media should be an integral part of editorials and features” .

Sonaiya further emphasised on the need for the powerful Nigerian media to “embrace and practice gender equity and social inclusion for a sustainable media environment”.

Participants include journalists with disabilities from Print, Radio, Television and Digital media.

In his lecture, a media expert and CEO of MODISULT Media Concept, Mallam Abdulazeez Arowona, noted that women are key players in the society either as mothers, wives and daughters in the homes.

Citing reasons why women should be supported for political offices, Arowona said women are honest, trustworthy, authentic, supportive and empathetic. Such are the attribute of good leaders who should hold political offices and can deliver good governance to the masses.

In her presentation, Hajia Binta Abubakar Mora, explained gender disparity, as women are disadvantage in access to resources in comparison to men.

According to her, “As of October 2017, out of 193 UN countries, 11 had a woman serving as head of state and 12 had a woman as head of government. Only ion nomadic countries are close to equal representation within parliaments with women making up to 41 per cent of their single -house parliament.

“Current trend in Nigerian politics shows that men are dominating the place of authority, with women relegated to the background. We need to make a difference by supporting women both from men and women.”

The founder of Women Communications Centre, an Ilorin-based Non-Governmental Organization, Hajia Nimota Goroso Giwa, said women are part of the struggles in the society in terms of pursuing sustainable Development Goals and are making positive impact in the society.

She thanked the organisers for the deep thoughts and commitments towards ensuring that the voice of women can be heard as well as projecting images of women in leadership positions in Nigeria.

PDP Crisis: Where we stand- Wike