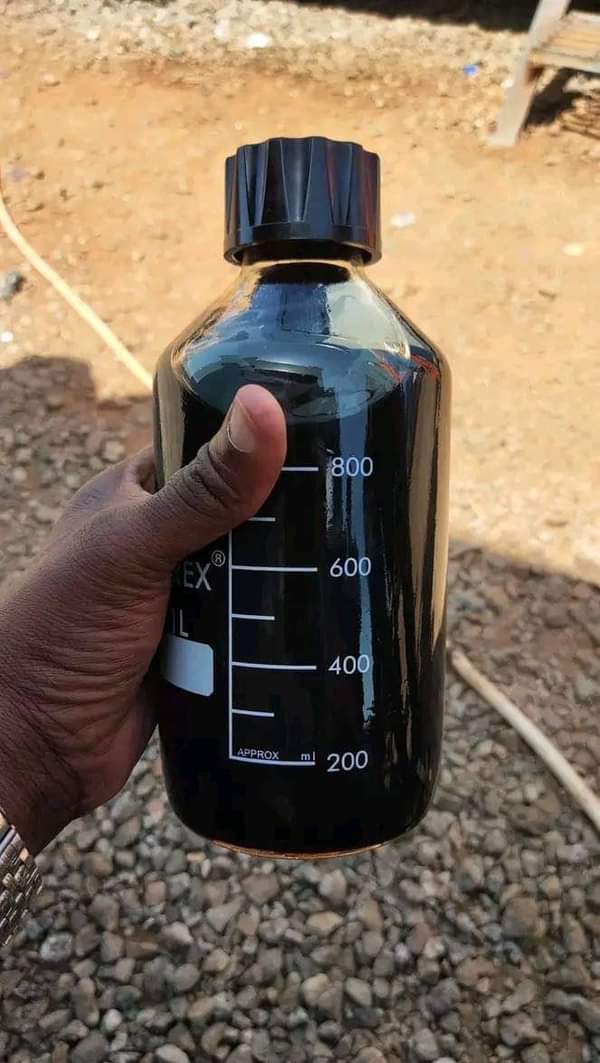 Today, history has happened in the Northern district of our dear country; the discovery and exploration of crude oil in commercial quantity in Bauchi and Gombe states. That didn’t come as a surprise to many of us who are always updated with the project activities taking place in the country, especially here in the North.

In governance, there is a limit to everything, you can’t satisfy all the yearnings and calls of everybody. This is why against all odds, I had to embrace myself and see reasons why i should keep aligning myself with the administration of President Muhammad Buhari. Even with His shortcomings (which is akin to all living being), I had to open up my brain and compare Nigeria, between where it was before 2015 and where it is now.

Instead of dwelling solely on the living cost and economic hardships in Nigeria (which most countries in the world are battling with), I try to focus on the foundations which are being laid, year-in, year-out by Buhari’s regime, which by God’s grace will take Nigeria to the promise-land in the nearest future.

The massive inflow of investments that has happened to Nigeria from 2015 till now is second to none, since the inception of fourth-republic. There is still shortage of Jobs, no doubt, but that will surely be a thing of the past, as there are too many numerous companies due for commissioning in the years to come (between 2023 to 2025).

I am tempted to outline what Buhari’s administration has done in the entire country, how he succeeded in showcasing our great potentials to the global world, as well as a whole lot of great developments which he brought to our dear nation. Also important to mention is the monopoly jinx that was broken. Equal competitiveness in our market today has produced young, brilliant millionaires, if not billionaires.

I will prefer not to deviate on the subject matter and instead mention the numerous projects completed/ongoing in the Northern part of our country. I will also take time to clarify on the ones that needs to be clarified.

– Ajaokuta, Abuja, Kaduna, Kano, gas pipeline. The project is currently ongoing, laying of pipe has entered Kano state, precisely Kwanar Dangora in Bebeji Local Govt. This project will bring massive development to the North, as gas power stations will be constructed in Kano and Kaduna, which will revive the industries in the states and by extension other states in the North, which will in turn create a thousand of job opportunities.

– 100% Completion of Baro port in Niger state. It is not functional due to lack of access road. The road is now under construction and it is funded by NNPC under the tax credit initiated by PMB’s administration.

– Completion of 40MW of Kashimbilla Hydropower Project in Taraba state, to be commissioned very soon.

– Dadinkowa Power Project with Irrigation facility in Gombe, at the stage of final installation of power equipments.

– Construction of Kano – Kaduna double standard gauge rail line. The project is now at Makarfi, just 100km away to reach its last stop in Kaduna. Also note that this project started just a year ago, precisely September last year.

– Naval Base, Kano. The first naval base in the North.

– Acquiring of modern fighter jets that has given devastating blow to terrorists in the North-east and North-west consequently.

– Rigorous farming activities taking place in the North as a result of banning of rice importation into the country.

– Numerous Universities, Polytechnics and Colleges being sighted in the North in places like Daura, Kano, Bauchi, Jigawa, Kebbi, Benue and a host of other states. That is done to ensure that students have many available choice when enrolling for JAMB exams.

– Creation/Upgrading of all the Transmission stations in the North to boost power supply. The projects are ongoing in due course with majority completed.

– Completion of Loko/Owetto bridge in Nassarawa state, a strategic bridge linking North and South. A major alternative whenever Abuja to Lokoja road is blocked as a result of any natural or artificial cause.

– Ongoing construction of Ibi Bridge in Taraba to link the North-east and the North-central states. A major route for those travelling from Abuja to Taraba and Adamawa states.

– Road projects currently under construction and those completed in the North which i can mention are:

> Abuja, Kaduna, Kano. A much appreciable work has been done on the Kano to Kaduna section. Also note that construction began in mid 2018.

> Kano to Maiduguri. Sections 2 and 3 have been completed and commisioned. Section 4 is completed and awaiting commissioning. Sections 1 and 5 is yet to be completed. In all we can say the project is about 80 percent completed.

> Kano western bypass, which has opened up various locations and houses across the corridor. From Naibawa to Dorayi Chiranchi to Gwazaye to Rijiyar zaki down to Unguwar Dabai. Still under construction to link Dawanau, which will be a major detour for those travelling to Katsina from Kaduna, Maiduguri and other North-east and North-west states.

> Kaduna to Jos road being handled by the construction giants, Setraco. Work commenced in 2021

> Kaduna eastern bypass being constructed as shortcut for travellers travelling to Kano and other core Northern states from Abuja.

> Dualization of Suleja to Minna. Appreciable job has been done.

> Reconstruction of Lambata to Lapai to Bida, which will open up the Baro port, being constructed and commisioned by this administration.

> Gombe to Numan road in Adamawa state. Gombe to Kaltungo section completed and commisioned. Kaltungo to Numan section is having a major facelift.

> Gombe to Biu is an ongoing project.
> Numan to Jalingo is also ongoing.
> Yola to Mubi is ongoing too.

> Funtua to Gusau is completed and commisioned.

> Kwanar Dangora to Saminaka is currently ongoing.
> Abuja via Keffi via Lafia to Makurdi in Benue state is ongoing with appreciable job done.

> Dualization of Gombe via Bauchi via Jos to Akwanga was approved in 2018. Job yet to commence because the project was billed to be funded by a bilateral foreign loan. However, no country is yet to come in terms with Nigeria for the loan.

These projects outlined above are real and not a mirage, the status of those projects are factual. I took pleasure embarking on trips just to make sure that i am not being misled either by those supporting the Government of the day or those against the Government.

For those who don’t want anything good to be written or said about this current administration, i am sorry i broke your heart. The truth must be told at all cost.

For the doubting Thomases, you can go and verify the aforementioned projects, if that is what it will take to believe in the cause i stood by since i started delving into politics.

For the media houses in the North, here is a factual report on the projects which has took place (both completed and ongoing) in the Northern zone.

May Nigeria succeed against all odds.

Sadiq is a pro-democrat, an advocate of good governance, an admirer of Muhammadu Buhari ; writes from Kano Nigeria. Can be reached via sadiqdauda55@gmail.com