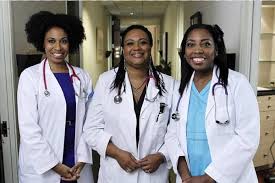 The Nigeria Medical Association, NMA, has decried the wave of brain drain that has hit the health sector, lamenting that no fewer than 50 medical doctors leave Nigeria weekly searching for greener pastures abroad.

National President of NMA, Dr Rowland Ojinmah, who disclosed this while fielding questions from newsmen at the opening ceremony of 2022 Abia Physicians’ Week, urged Government to take urgent measures to curb the worrisome trend.

The NMA boss who lamented the poor working conditions of doctors in Nigeria, challenged all tiers of Government to fix the hospitals if they truly wanted to reverse the trend.

He particularly blamed State Governors for leaving General Hospitals in their respective states in miserable conditions.

” The Governors are sleeping; They should not be waiting for the Federal Government alone. They should fix General Hospitals in their states to take care of the health needs to the citizenry at the local levels”.

On the reported poor condition of service that Nigerian doctors abroad especially the UK are subjected to, the NMA President said the complaint was on excess workload.

He admitted that there were reports that Nigerian doctors are complaining of being overused relative to their counterparts.” There is lopsidedness in job arrangement”, he said, but noted that if the Nigerian Government had fixed the health sectors, doctors would not be leaving the country in droves.

Speaking also in an interview, NMA Chairman, Abia State, Dr Isaiah Abali, said that the current brain drain in the health sector was beginning to tail adversely on the remaining doctors in the country.

He said that the development was putting pressure on the available doctors in the country as some of them are now slumping on duty due to stress and heavy workload.

” Work- related stress syndrome due to work overload had consistently threatened the quality of healthcare services provided by the doctors and other healthcare workers left behind in the country”, he lamented.

He also noted that the poor condition of service in the state hospitals had made some doctors and health workers in the state to migrate to federal institutions besides those leaving the shores of the country.

Dr Abali earlier in his address, gave the theme of this year’s physician’s week as: “Nigeria’s Health Care System and the 2023 Democratic Transition: A Time to Change the Narrative”.

He regretted that the Nigerian leaders had abandoned governance for politics.