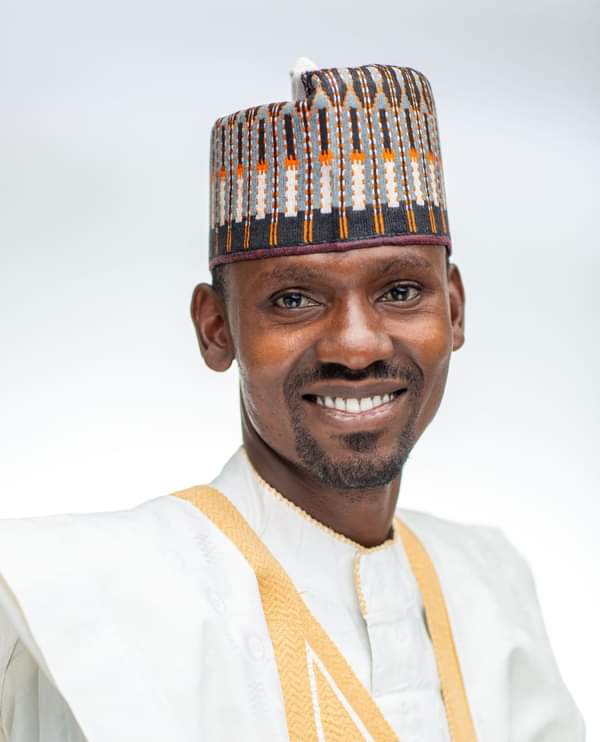 In a post on his verified Facebook page the Governorship candidate Salihu Tanko Yakasai said his running mate is Malam Shazali Muhammad Gargai from Bebeji local government in Kano south.

According to Salihu the Gubernatorial running mate on PRP platform is undergoing his PhD in Agriculture.

He also worked in various farms and in a renown commercial Bank in Kano.

He was was also a school teacher and a veteran politician where he served in various student unions.

Breaking:Chief Imam Of Kura In Kano Dies At 96 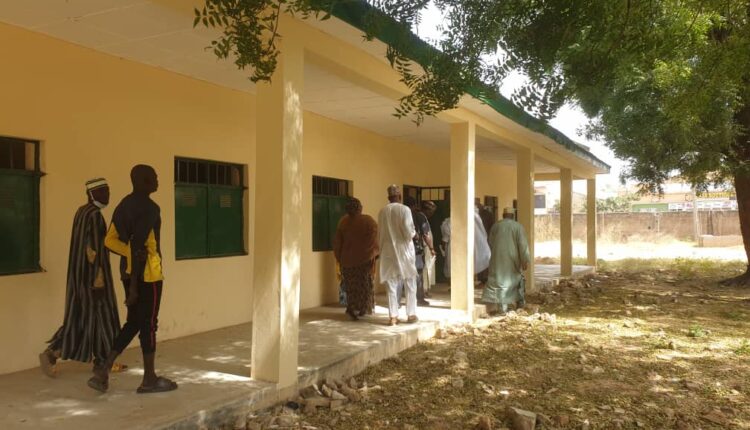 Kano State Government has embarked on public private partnership to renovate schools across the state.

The Managing Director ,Kano state urban planning and Development authority  (KNUPDA) Arch. Suleiman Ahmed Abdulwahab announced this on Wednesday during an inspection of some of the schools undergoing renovation.

Suleiman said the initiative was to ensure that teaching and learning are conducted in a conducive atmosphere.

You see this initiative was sequel to complaints by the school authorities over the past six years on the security challenges of miscreants hibernating in most of the schools , poor infrastructures due to paucity of fund for maintenance and increasing population of students.’’

He explained that the complaints were from the School Based Management Committee (SBMC) and the Parent Teachers Associations.

The managing director said as part of the mandate of the agency and collaboration with the state ministry of education, the state assembly was approached for amendment of law guiding activities around schools to give room for the renovation and remodeling.

He explained that under the program, 21 public schools have been selected as pilot scheme within the metropolis as a measure to address insecurity facing most of the schools due to activities of miscreants and source of income for the schools management for maintenance.

‘’The renovation being carried out across the selected schools is a public private partnership (PPP) with the construction of shops by the perimeter fence of the schools which will be providing fund for the schools management and in which the ownership of the shops will eventually be the same school after a period of time by the investors who are embarking on the construction,’’ the KNUPDA Managing Director said.

Similarly, the security threat of miscreants hibernating around the schools posing dangers to the teachers and students would be address with the securities that would be provided by the shop owners.’’

He added that with the support of the lawmakers and the state governor, the law was amended and this gave opportunity to fashion out ways in which the schools with the renovations and adequate security provided through the initiative can as well generate fund for their maintenance so as to improve conditions for teaching and learning.

Arch. Suleiman Ahmed Abdulwahab said during the inspection that more than 85% of the renovations have been completed in the first phase of the exercise on eight secondary schools and one primary school.

Speaking to journalists during the inspection, Chairman of SBMC, G.S.S Stadium, Alhaji Muhammad Lawal said for over six years they have written several letters of complaints to the state government on, over stressed infrastructures and insecurity with activities of miscreants who have been stealing and vandalizing property of the school and dangers of the activities.

He noted that all these have been completed 100% except for the renovation of the laboratory which is ongoing.

Honestly since the school does not have wall fence it makes it easy for the miscreants to walk into the school to steal and destroy our property. At times they break into offices through the ceiling.

‘’Hence in 2015 we had joint meeting of PTAs of schools in Sabon Gari and laid our complaints to the governor.’’

‘’We suggested the construction of shops by the fence of the schools which will provide security for us as shop owners will engage securities which will check activities of thieves and miscreants due to our proximity to Sabon Gari market.’’

The initiative of the public private partnership is of much benefit to us as it has led to construction of perimeter fence , construction of two blocks of ten toilets, renovation of classroom blocks and renovation and conversion of our admin block to entrepreneur centre and examination hall.’’

Similarly, the Principal, G.S.S Kwakwachi, Malam Auwalu Ado said the school that was established in 1983 has never witnessed any renovation that led to dilapidated classroom structures and roofs .

The initiative of the public private partnership is of much benefit to us as it has led to construction of perimeter fence , construction of two blocks of ten toilets, renovation of classroom blocks and renovation and conversion of our admin block to entrepreneur centre and examination hall.’’

Similarly, the Principal, G.S.S Kwakwachi, Malam Auwalu Ado said the school that was established in 1983 has never witnessed any renovation that led to dilapidated classroom structures and roofs .

Ado said the wall fence of the school gave way long ago due to a very large pond beside the premises that led to flooding mostly and the place also turned to refuse dump.

‘’ The collapse of the perimeter fence exposed us to serious security threats from miscreants who mostly invade the school to steal the roofing sheets, windows and doors with several other properties,’’ the principal said.

He said the school SBMC, PTA and management have been writing letters of complaints since 2007 and calling for this renovation.

Auwalu Ado said recently the school authorities later approached KNUPDA on the renovation and surprisingly the authority is presently carrying out renovation of classroom blocks and construction of perimeter fence.

Committee Chairman on school maintenance, G.S.S Kofar Nasarawa, Comrade Ismaila Ammai Maizare commended KNUPDA managing Director and the state governor on the initiative of the public private partnership that he described as opportunity that will give the school more money to improve on its infrastructures.

On his part, KNUPDA Director of Architecture and Chairman Schools Renovation Committee, Arch. Salisu Bello said the first phase of the renovation is almost 90% completed and the second phase with 12 other schools as beneficiaries of the scheme will commence in earnest.

Salisu said the renovations are carried out with schools’ authorities carried along so as to ensure that work done are in line with approved specification. 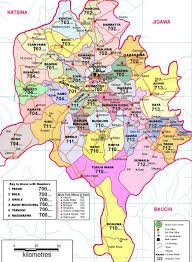 Kano State Urban Planning and Development Authority (KNUPDA) has reiterated its commitment to strict enforcement of its development control by ensuring that developers abide by building code.

The agency’s Managing Director, Arch. Suleiman Ahmed Abdulwahab, said this shortly after receiving an award of excellence conferred on him by Polity Newspaper on Thursday in Kano.

He said that it had become imperative for the agency to instill environmental sanity in every part of the state.

Abdulwahab noted that over the years, there had been gross abuse of urban planning and environmental laws in the state.

The managing director reiterated government’s resolve to restore the original master plan of the city to make it compete with any other city in the world.

The KNUPDA boss, however, appealed to stakeholders in the state to give the agency the maximum support required for the overall benefit of the state.

Abdulwahab also thanked the newspaper for finding him worthy of the award.

The managing director, who commended the staffers of the agency for their dedication and hard work, expressed his maximum regard for the media.

Earlier, the Editor-in-Chief of the newspaper, Mr Yusuf Idris, that is based in Kaduna, explained that the award was given to Abdulwahab due to his uncommon leadership qualities and remarkable achievements in office.

Idris further said that they had gone round the state and seen the developmental strides of the Abdulwahab-led KNUPDA.

He urged the managing director not to relent in his efforts at developing the state.

Different speakers at the brief ceremony commended Abdulwahab for his commitment and dedication to duty. 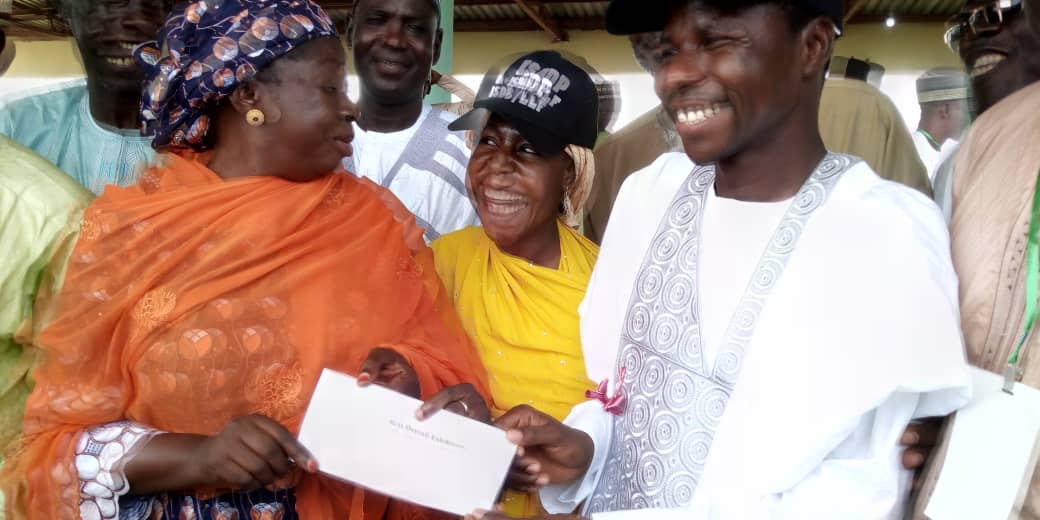 Receiving the award, the state commissioner of Agric , Yusuf Jibrin Rurum said the government in collaboration with several Development partners has transformed the Agricultural sector into vibrant economic opportunities along the value chains, whereby the measure has created jobs, reduced poverty and enhanced the economic well-being of the populace.

The commissioner also said that the state has potentials that improved technologies of production, processing and marketing.

Yusuf Jibrin Rurum further explained that the state has showcased so many Agricultural product that makes it attained first postion at the Show.
He then thanked governor Abdullah Umar Gaduje for his unflinching support to Agricultural Show at all times.

In his remarks, the managing Director of Kano State Zoological Garden, Alhaji Ibrahim shehu jinjiri karawa described the victory as a collective effort of the Kano State participants and expressed satisfaction to those who put in their best towards the success of the Show.